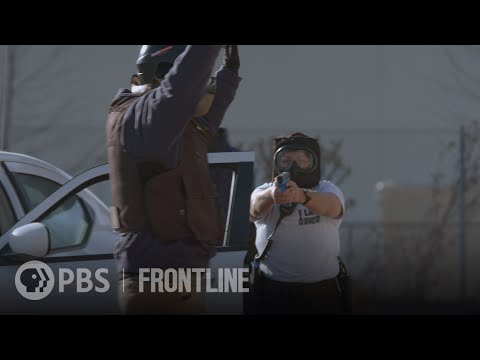 How might training impact whom, when and why police officers shoot? Watch an excerpt from the new documentary “Shots Fired,” from FRONTLINE and The Salt Lake Tribune.

In Utah, there’s no source that tracks police shootings statewide. The Salt Lake Tribune and FRONTLINE have been working together through FRONTLINE’s Local Journalism Initiative to fill that gap and to go a step further: Building on years of the Tribune’s earlier reporting on police violence, the team has been trying to understand the patterns and factors involved when Utah police fire their weapons.

In some cases, the data is incomplete and the numbers too small to draw broad conclusions. But in the reporting team’s review of 226 Utah police shootings over the past decade, a few things stood out. More than half of the shootings were fatal, and the vast majority were ruled justified. Racial and ethnic minorities were disproportionately represented among the people at whom police fired. More than 40 percent of people shot at were identified by police or families to have had a mental health issue, a mental disability or to have been suicidal.

And over and over again, when talking about why they fired, officers referenced their training.

This excerpt from the documentary “Shots Fired” offers a rare look inside police training in Utah, examining how it may impact whom, when and why officers shoot, and exploring why a focus on worst-case scenarios in training has become increasingly controversial among experts concerned about police shootings.

“Shots Fired” is the first nationally broadcast documentary stemming from FRONTLINE’s Local Journalism Initiative, an innovative effort to support and strengthen investigative reporting in communities around the country that’s funded by the John S. and James L. Knight Foundation and the Corporation for Public Broadcasting, and based out of FRONTLINE’s newsroom at GBH in Boston.

For more reporting in connection with this investigation with our Local Journalism Initiative partner The Salt Lake Tribune, visit FRONTLINE’s website: https://to.pbs.org/3CPE7cZ

Find FRONTLINE on the PBS Video App, where there are more than 300 FRONTLINE documentaries available for you to watch any time: https://to.pbs.org/FLVideoApp

FRONTLINE’s Local Journalism Initiative is funded with support from the John S. and James L. Knight Foundation and the Corporation for Public Broadcasting. Additional support for “Shots Fired” by the Hollyhock Foundation.