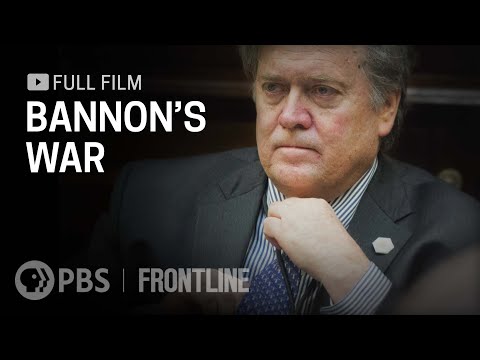 On Sept. 23, 2021, former Trump adviser Steve Bannon was subpoenaed by the U.S. House select committee investigating the Jan. 6 riot at the Capitol. Revisit FRONTLINE’s examination of Bannon’s worldview and his role in Donald Trump’s campaign and administration. (Aired 2017)

A bombastic figure on the far right who rose to prominence as a policy adviser and speech writer, Steven Bannon entered the White House determined to implement Trump’s campaign promises. “Bannon’s War” details how the former Breitbart News editor also engineered the sweeping executive order that restricted Muslims from entering the United States, and held such sway over the former president that Time magazine dubbed him “Manipulator in Chief.” He left the White House in August 2017 amid fallout from Trump’s remarks about the violence that erupted during protests in Charlottesville, Va. but continued to promote the president and his agenda.