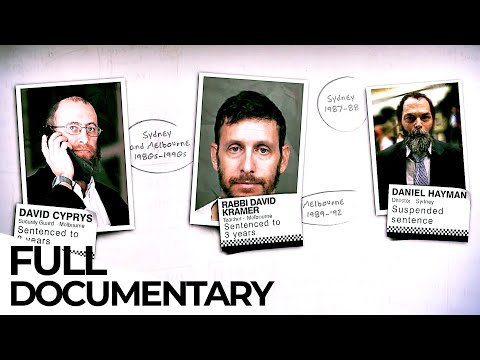 This is the dramatic follow up to the Walkley Award winning Code of Silence – watch here: https://youtu.be/eJ7Gixv33ns

Breaking the Silence follows the journey of Manny Waks who was, until recently, the only survivor of child sexual abuse within Melbourne’s Orthodox Jewish community to speak publicly.

Breaking the Silence begins with Manny Waks as he gives evidence at the Royal Commission into Institutional Responses to Child Sex Abuse, during which two ultra-Orthodox Jewish institutions are accused of covering-up and protecting perpetrators in the 1980s and 90s.

Over two explosive weeks inside Melbourne’s County Court, viewers will witness, for the first time, those rabbis and officials accused of the cover-ups take the stand and be grilled. For the first time, it is also revealed that Manny was not the only member of the family who was abused; Manny’s father Zephaniah Waks reveals two other sons were abused by a Yeshivah Centre teacher, David Kramer in the 1990’s. He had tried to have the abuse handled by community leaders but was subject to an ancient code of silence that forbids Jews from speaking about the allegations involving other Jews, to the police.

The result was that Zephaniah and his wife were virtually excommunicated and feeling isolated, they decided to relocate to Israel. Now his other son Yanky agrees to speak on camera for the first time.

After the hearings, Manny travels to the United States to confront one of the two men who he claims abused him. The film’s climax follows Manny to Los Angeles, where he meets a convicted pedophile who was given a suspended sentence for abusing AVB in Sydney in the 1980s. It’s a powerful moment between victim and abuser that delivers an unexpected conclusion.

Will Manny’s confrontation with the man he claims abused him give him peace of mind? And will his meeting with the convicted pedophile give him a crucial sense of resolution?

Watch ‘Meet the Mennonites: Inside the Ultra-Conservative Community’ here: https://youtu.be/yWfGXOjBF2E
▬▬▬▬▬▬▬▬▬
Subscribe ENDEVR for free: https://bit.ly/3e9YRRG
Facebook: https://bit.ly/2QfRxbG
Instagram: https://www.instagram.com/endevrdocs/
▬▬▬▬▬▬▬▬▬
#FreeDocumentary #ENDEVR #BreakingTheSilence
▬▬▬▬▬▬▬▬▬
ENDEVR explains the world we live in through high-class documentaries, special investigations, explainers videos and animations. We cover topics related to business, economics, geopolitics, social issues and everything in between that we think are interesting.