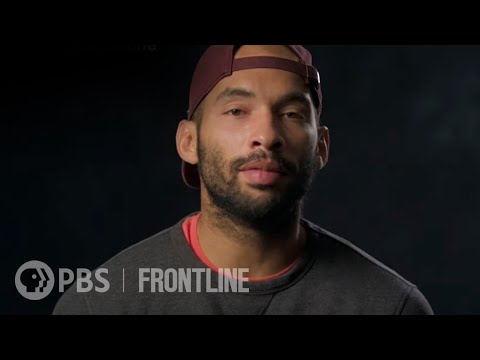 In the new documentary “Police on Trial,” FRONTLINE and Pulitzer Prize-winning reporters from Minneapolis’ Star Tribune examine the aftermath of George Floyd’s murder.

“You realize that … there’s far more to this case than they initially let on,” reporter Libor Jany says in the above excerpt from the film. “It raised a lot of doubts or questions in a lot of people’s minds of how many other incidents in the past had been, you know, shaped or sanitized by the cops.”

The documentary draws on unique on-the-ground reporting and filming, from the earliest days after George Floyd’s death, to documenting the trial and murder conviction of former police officer Derek Chauvin, to ongoing struggles for police accountability and reform in Minneapolis.

The full documentary "Police on Trial" premieres Tuesday, May 31 on PBS and online: https://www.pbs.org/wgbh/frontline/film/police-on-trial/

“Police on Trial” is part of FRONTLINE’s Local Journalism Initiative, an innovative effort to support and strengthen investigative reporting in communities around the country funded by the John S. and James L. Knight Foundation and the Corporation for Public Broadcasting. The documentary is supported by The WNET Group’s Exploring Hate initiative and is a FRONTLINE production with Five O’Clock Films in association with Mike Shum Productions and the Center for Asian American Media (CAAM). The director and producer is Mike Shum. The producer and reporter is Marcia Robiou. The narrator/reporter is Libor Jany, along with reporters Andy Mannix, Liz Navratil, Liz Sawyer, Chao Xiong. The senior producers are Frank Koughan and Callie Wiser. The executive producer of FRONTLINE is Raney Aronson-Rath.

Find FRONTLINE on the PBS Video App, where there are more than 300 FRONTLINE documentaries available to watch any time: https://to.pbs.org/FLVideoApp

FRONTLINE is produced at GBH in Boston and is broadcast nationwide on PBS. Funding for FRONTLINE is provided through the support of PBS viewers and by the Corporation for Public Broadcasting. Additional support for FRONTLINE is provided by the Abrams Foundation, the John D. and Catherine T. MacArthur Foundation, Park Foundation, the Heising-Simons Foundation; and the FRONTLINE Journalism Fund, with major support from Jon and Jo Ann Hagler on behalf of the Jon L. Hagler Foundation. FRONTLINE’s filmmaker-in-residence program is funded by the Hollyhock Foundation. FRONTLINE’s Local Journalism Initiative is funded with support from the John S. and James L. Knight Foundation and the Corporation for Public Broadcasting. Additional support for Police on Trial is provided by The WNET Group’s Exploring Hate Initiative, with principal support by Sylvia A. and Simon B. Poyta Programming Endowment to Fight Antisemitism, and additional major funding from Sue and Edgar Wachenheim III, Charlotte and David Ackert, The Peter G. Peterson and Joan Ganz Cooney Fund, and Patti Askwith Kenner. For a complete list of funders, please visit pbs.org/exploringhate