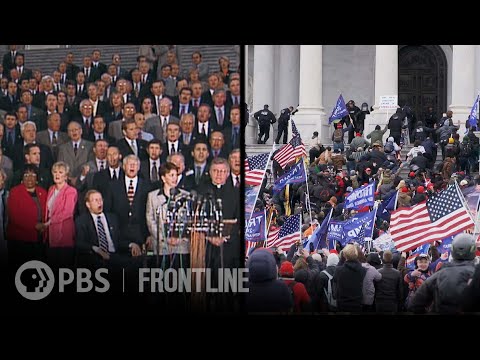 Watch a scene from the opening of “America After 9/11,” a FRONTLINE documentary that examines how the U.S. response to Sept. 11 ushered in an era of fear, mistrust and division.

On the evening of Sept. 11, 2001, members of Congress gathered on the steps of the U.S. Capitol building, the symbolic seat of American democracy. It had been just hours since Al Qaeda operatives killed nearly 3,000 people in the worst terror attack on the U.S. in the country’s history, turning four passenger airplanes into deadly weapons.

Standing before the building that’s believed to have been the intended target of one of the hijacked planes, Republicans and Democrats alike raised their voices to sing “God Bless America” in a stirring moment of unity. It wouldn’t last.

“America After 9/11,” a special, two-hour FRONTLINE documentary from acclaimed filmmaker Michael Kirk and his team, reveals why, finding in the U.S. response to 9/11 a chain of unintended consequences that would usher in an era of fear, mistrust and division.

Drawing on both new interviews and those from the dozens of documentaries Kirk and his team have made in the years since 9/11, the documentary offers an epic re-examination of the decisions that changed the world and transformed America.

Find FRONTLINE on the PBS Video App, where there are more than 300 FRONTLINE documentaries available for you to watch anytime: https://to.pbs.org/FLVideoApp