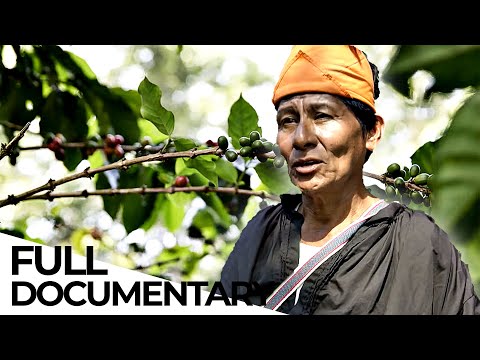 Jochen Weise is the typical businessman. He knows South America inside out and knows how to interact with its natives. For 30 years he has been operative in South America, however, not as a businessman, rather as an employee of the United Nation. Next to Columbia, Peru is one the largest sources of cocaine production in the world and Jochen’s main task is to impede the production of cocaine. Throughout his time with the UN, Jochen has managed to persuade 25, 000 farmers to refrain from cultivating illegal coca plants and this was accomplish with the generosity of the UN. Driven by the need to stop drug production, the United Nation office on Drugs and Crime (UNODC) allowed Jochen a budget of almost $100 million, a significant portion of which came from German taxpayers. The farmers, who refrain from cultivating the coca plants, receive financial support by the newly-founded UN cooperation. These farmers are granted loans and seeding materials to sow alternative crops such as cocoa, coffee and palm oil and from this venture born the “alternative development project”. However, despite these endeavours, many coca farms remain prosperous. Why is that so? Is the UN but a cover for illegal drug production or are there still coca farmers who work independently?
This documentary follows the farmers accused of working with the drug mafia and the UN personnel accused of enriching themselves in the name of goodwill. In a dramatic turn of events, the film will reveal our research, which began on the plains of Peru and has evolved into an internal investigation within the UN.
▬▬▬▬▬▬▬▬▬
Subscribe ENDEVR for free: https://bit.ly/3e9YRRG
Join the club and become a Patron: https://www.patreon.com/freedocumentary
Facebook: https://bit.ly/2QfRxbG
Instagram: https://www.instagram.com/endevrdocs/
▬▬▬▬▬▬▬▬▬
#FreeDocumentary #ENDEVR #SouthAmerica
▬▬▬▬▬▬▬▬▬
ENDEVR explains the world we live in through high-class documentaries, special investigations, explainers videos and animations. We cover topics related to business, economics, geopolitics, social issues and everything in between that we think are interesting.