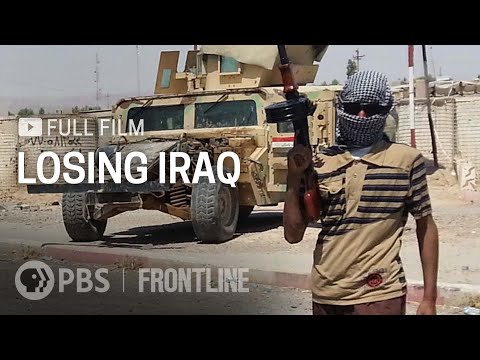 FRONTLINE traces how decisions by the Bush and Obama administrations contributed to ISIS bursting onto the world stage, seizing territory in Iraq more than two years after President Obama pulled U.S. troops out. (Aired 2014)

In the 2004 documentary “Losing Iraq”, FRONTLINE filmmakers Michael Kirk, Jim Gilmore and Mike Wiser explore the key political stories behind the Iraq war’s defining moments: from the toppling of the statue of Saddam Hussein, through the violent rise of ISIS. Drawing on one of the richest archives in broadcast journalism — including more than 40 reports on the war on terror — as well as in-depth interviews with policymakers and military leaders, FRONTLINE examines the U.S. role starting from the 2003 invasion.