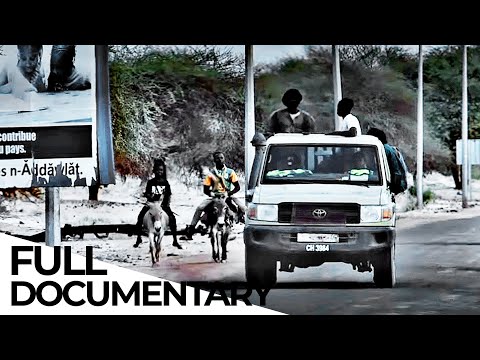 Episode 2 – Timbuktu at the Crossroads
The second episode of the Series Sahara goes to Mali. Timbuktu, a city in the north of the country, was a dream destination for any traveller brave enough to cross the Sahara. Centuries ago, mythical stories were told about Timbuktu. The streets were said to be paved in gold. In 2012 the city was taken by an alliance of Tuareg separatists and Ansar Dine Jihadists. They realized the dream of generations of Tuareg nomads: their own state, under the name of Azawad. Ancient tombs were destroyed and for nine months, Timbuktu lived under the strict sharia regime until the French army was brought in to free the city. We meet the owner of the only bar in Timbuktu, the son of a mixed marriage between a Malian mother and a French soldier. It was this ancestry that saved his life on the day that the Jihadists took over the city. Everyone in Timbuktu has two identities. The local journalist who had to run propaganda for the occupiers to stay alive. The young women who were abused by the Jihadists, but then came back to celebrate and dance to a song that praises the ideals of their abusers. Timbuktu it seems remains a dangerous city in the grips of an identity crisis.

About Sahara series: For centuries colonialists have bypassed the Sahara. The largest sand desert on the planet was too hot and too impenetrable. Now, Europe seems to have shifted its southern border to the Sahara in order to stop migration and combat terrorism. How do the inhabitants of the Sahara feel about this interference? In Sahara, a three-episode series, Bram Vermeulen crosses the desert from west to east, from the Atlantic Ocean to the Red Sea. He experiences the heat, the dangers of advancing jihadism, the desperation of migrants, the hidden world of slavery, uncovers human trafficking networks and he meets with locals in one of the most inhospitable places on earth.
▬▬▬▬▬▬▬▬▬
Subscribe ENDEVR for free: https://bit.ly/3e9YRRG
Join the club and become a Patron: https://www.patreon.com/freedocumentary
Facebook: https://bit.ly/2QfRxbG
Instagram: https://www.instagram.com/endevrdocs/
▬▬▬▬▬▬▬▬▬
#FreeDocumentary #ENDEVR #
▬▬▬▬▬▬▬▬▬
ENDEVR explains the world we live in through high-class documentaries, special investigations, explainers videos and animations. We cover topics related to business, economics, geopolitics, social issues and everything in between that we think are interesting.