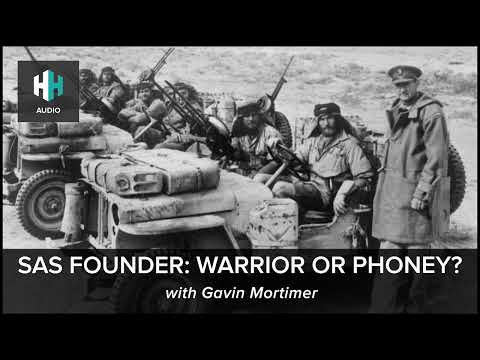 David Stirling was an aristocrat, innovator and special forces legend that earned him the
nickname ‘The Phantom Major’. His formation of the Special Air Service in the summer of
1941 led to a new form of warfare and Stirling is remembered as the father of special
forces soldiering. But was he really a military genius or in fact a shameless self-publicist
who manipulated people, and the truth?
For his new book ‘David Stirling: The Phoney Major’ military historian Gavin Mortimer
extensively interviewed SAS veterans who fought and worked with him and poured over
declassified government files that paint a very different picture of the glittering legacy
Stirling has secured.
In this episode, he gives Dan an explosive analysis of Stirling’s complex character: the
childhood speech impediment that shaped his formative years, the pressure from his
overbearing mother, his fraught relationship with his brother, Bill, and the jealousy and
inferiority he felt in the presence of his SAS second-in-command, the cold-blooded killer
Paddy Mayne.