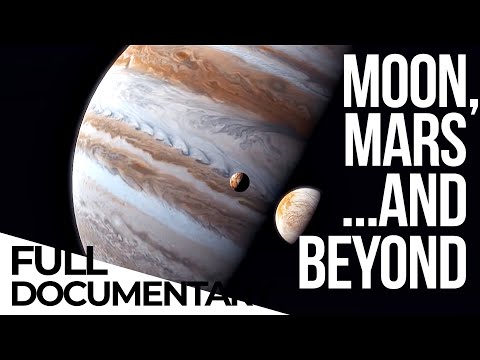 Watch ‘Meet the Mennonites: Inside the Ultra-Conservative Community’ here: https://youtu.be/yWfGXOjBF2E

Much like the very first explorers who set out into the unknown sea from Europe in search of new land and new discoveries, astrophysicists and astronauts today keep their focus on the cosmos in a tireless search for new planets and any signs of life.
Russians, Americans, French… Multiple nations are united in their curiosity, seeking to decipher and understand the mysteries of the sky. Incredible leaps have been made, thousands of satellites have been launched into orbit, sophisticated probes scan our solar system, robots are rolling on Mars hunting for signs of life, and we continue to observe one of the most daring space experiments humanity has ever attempted: Scientists and astronauts traveling to, and living on the International space station.

But if there is one destination that unites everyone’s fascination, it is Mars.This hypnotic red planet is of particular interest to the scientific community because when we talk about looking for life elsewhere in the solar system, it is Mars that appears to have the most potential.

And what lies beyond our solar system? Is it plausible that in the vast expanse of space, no other intelligent life exists? We continue to launch ever more advanced probes into the void on a one-way trip to find out. Scientists refuse to give up hope, some even dedicating their entire lives to this search.

Despite these advances, most of our questions about space exploration remain unanswered. Our solar system, although mapped, is still largely unknown. Planets have been identified, but they have never been visited by humans. Recently, probes flew over the stark landscape of Pluto while also sending back breathtaking images of Jupiter. To this day, only our machines have come in real proximity with celestial bodies, albeit very few. How will we take our hunger for knowledge to the final frontier?

The race for the stars has never been more intense than now as governments and private actors alike engage in a healthy competition for progress. Yesterday’s dreams can become today’s reality as long as science continues to innovate and move us forward. In this GLOBAL SCIENCE episode on Space, we take an exclusive look at how our adventures into the cosmos may be humanity’s most imperative mission ever, both now, and in the future.

ENDEVR explains the world we live in through high-class documentaries, special investigations, explainers videos and animations. We cover topics related to business, economics, geopolitics, social issues and everything in between that we think are interesting.