The Coming War on China | Can there be a Conflict? | USA | China | ENDEVR Documentary 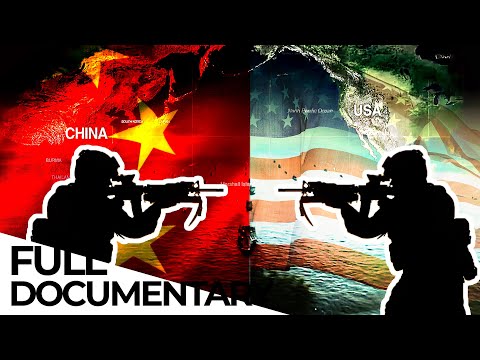 The Coming War on China | Can there be a Conflict? | USA | China | John Pilger | ENDEVR Documentary from 2016

The documentary "The Coming War on China, from award-winning journalist John Pilger, reveals how the world’s greatest military power, the United States, and the world’s second economic power, China, both nuclear-armed, may well be on the road to war. The rise of China is viewed in Washington as a threat to American dominance. To counter this, President Obama announced during his term a ‘pivot to Asia’, which meant that almost two-thirds of all US naval forces would be transferred to Asia and the Pacific. A policy which has been taken up by his successor Donald Trump, who during his election campaign said: “We can’t continue to allow China to rape our country and that’s what they’re doing”. Filmed on five possible front-lines across Asia and the Pacific over two years, the story is told in chapters that connect a secret and ‘forgotten’ past to the rapacious actions of great power today and to a resistance, of which little is known in the West.
▬▬▬▬▬▬▬▬▬
Subscribe ENDEVR for free: https://bit.ly/3e9YRRG
Join the club and become a Patron: https://www.patreon.com/freedocumentary
Facebook: https://bit.ly/2QfRxbG
Instagram: https://www.instagram.com/endevrdocs/
▬▬▬▬▬▬▬▬▬
#FreeDocumentary #ENDEVR #China
▬▬▬▬▬▬▬▬▬
ENDEVR explains the world we live in through high-class documentaries, special investigations, explainers videos and animations. We cover topics related to business, economics, geopolitics, social issues and everything in between that we think are interesting.