THE PACIFIC WAR – Japan versus the US | Full Documentary 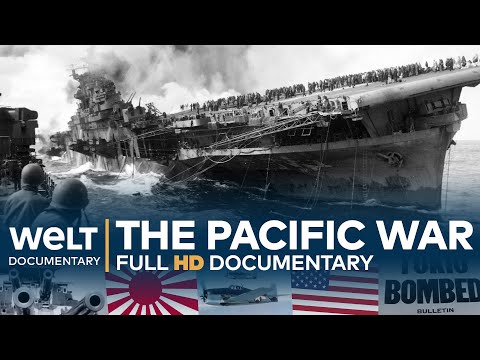 It was a bitter fight for supremacy in Asia. Japan had provoked the US in the Pacific War. The Second World War now spanned the entire globe. The two naval nations competed against each other on the world’s largest ocean and fought battles on an unprecedented scale.

In the attack on Pearl Harbor in December 1941, Japanese bombers destroy most of the American Pacific fleet within hours and kill 2,500 U.S. soldiers. The surprise military strike is intended to help secure Japan’s supremacy in the Eastern Pacific. It is the beginning of the Pacific War, which only comes to an end after the atomic bombs are dropped on Hiroshima and Nagasaki in the summer of 1945. The WELT documentary reconstructs its course using mostly color original footage.