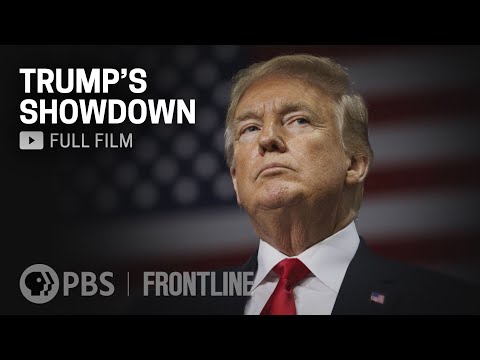 In this two-hour documentary, FRONTLINE goes inside President Trump’s fight against the investigation of his campaign and traces the dramatic events that led the White House and the nation to the brink of a Constitutional crisis. (Aired 2018)

In the 2018 documentary, Trump’s Showdown, filmmaker Michael Kirk and his team (America After 9/11, Bannon’s War) methodically reveal how an investigation into Russian interference in the 2016 election grew to threaten Donald Trump’s presidency.

The film draws on more than 60 in-depth interviews with former heads of U.S. intelligence agencies, Trump insiders, attorneys, authors and journalists. Thousands of photographs and hundreds of hours of archival footage pull together the entire story – from the days just before Trump’s inauguration to the increasingly chaotic events that ensnared powerful members of Trump’s inner circle and threatened the president himself.