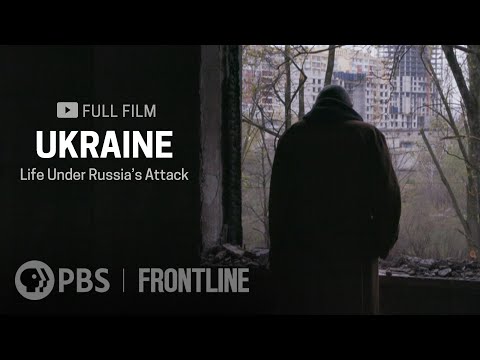 A dramatic and intimate look inside the Russian assault on Kharkiv, told by the people living through it.

When Russia began its attack on Kharkiv, Ukraine’s second-largest city, in February of 2022,
many people expected the city to fall in days. But the Ukrainians refused to surrender.

Now, a new FRONTLINE documentary tells the story of the battle for Kharkiv through the experiences of those who stayed in the city, despite the ever-present threat of the war.

Filmed during the first three months of the war, the documentary chronicles the experiences of people living through Russia’s attack: the displaced families trying to survive underground; the civilians caught in the fight; and the first responders risking their lives to help others.

“Ukraine: Life Under Russia’s Attack” is a Basement Films production for GBH/FRONTLINE in association with Channel 4. Filmed, produced and directed by Mani Benchelah and Patrick Tombola; produced in Ukraine by Volodymyr Pavlov; directed in London by Teresa Smith. The editor is Agniezska Liggett. The production manager is Leah Downs. The executive producers are Ben de Pear, Edward Watts and Cate Blanchett. The executive producer and editor-in-chief for FRONTLINE is Raney Aronson-Rath.

Find FRONTLINE on the PBS Video App, where more than 300 of our documentaries available to watch any time: https://to.pbs.org/FLVideoApp