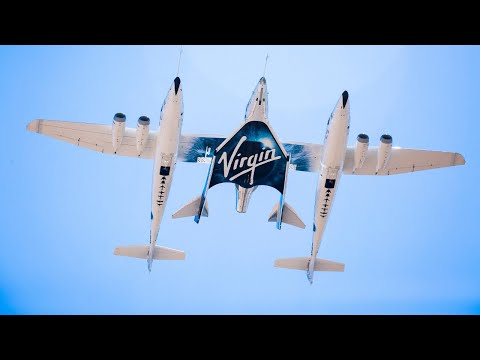 Virgin Galactic’s SpaceShipTwo Unity takes off with its first fully crewed spaceflight with Sir Richard Branson, on or after July 11.
A successful flight by Branson aboard Virgin’s VSS Unity spaceplane would mark a key milestone in a race to usher in a new era of private commercial space travel.
It would also mean that Branson would travel beyond Earth’s atmosphere ahead of Bezos, the founder of rival space tourism venture Blue Origin.