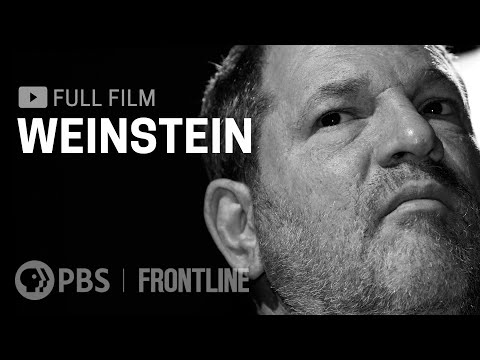 The inside story of how Harvey Weinstein allegedly sexually harassed and abused dozens of women, and the elaborate ways he tried to silence his accusers.

FRONTLINE’s documentary investigates the disgraced mogul’s spectacular downfall, and what Hollywood itself knew — and when. With allegations going back to Weinstein’s early years, the film draws on exclusive insider accounts and examines how Weinstein used lawyers and private detectives to help him suppress sexual harassment allegations.

This journalism is made possible by viewers like you.

Love FRONTLINE? Find us on the PBS Video App where there are more than 250 FRONTLINE documentaries available for you to watch any time:https://to.pbs.org/FLVideoApp

EDITOR’S NOTE, from May 22, 2018: An earlier version of "Weinstein" contained comments from New York Attorney General Eric Schneiderman that are no longer in this updated film. Since the initial broadcast, Schneiderman resigned amid allegations that he physically assaulted four women.